Microsoft is one of the longstanding tech behemoths on the market. It had its ups and downs: from its peak in the early-mid 2000s to decline during the mid-2010s and rebirth in 2020-2021. The last stage is marked by new offices and locations, and since we already know how Microsoft makes its billions, in this article we will explore 5 most beautiful offices Microsoft has around the world: 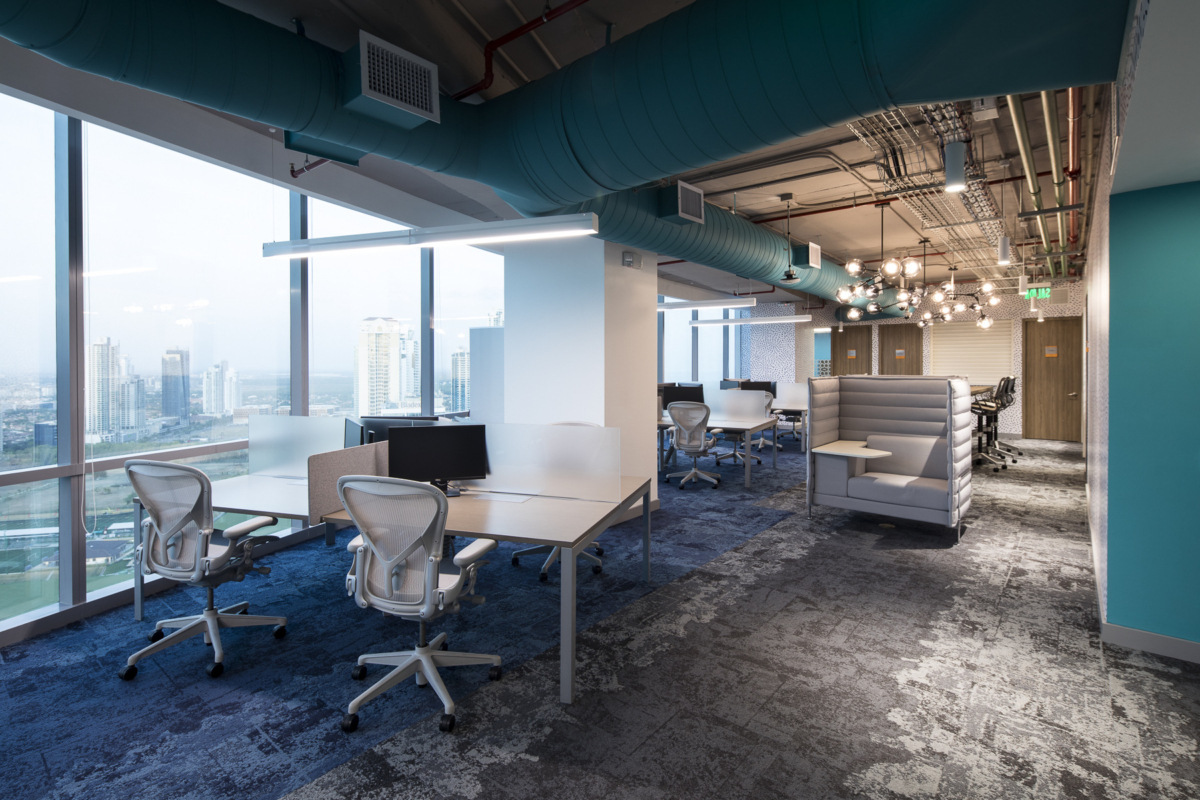 Microsoft proved the good taste of fashion when launching and contracting  AEI Architectura e interiores for designing their office in Panama. It has an ergonomic design, with workstations at the margin of the building that offers an exclusive view of the city. The office is inspired by Panama’s unique position - the offices are separated into three different sectors: Pacific, Caribbean, and Canal, which reminds of the three waters Panama shares and at the same time connects.

The colors used in the interior design also suggest the water, sky, and shores of Panama: turquoise tops and blue-gray are sharing the floor. The motives behind the office design reminds in a way how Facebook designs their offices. 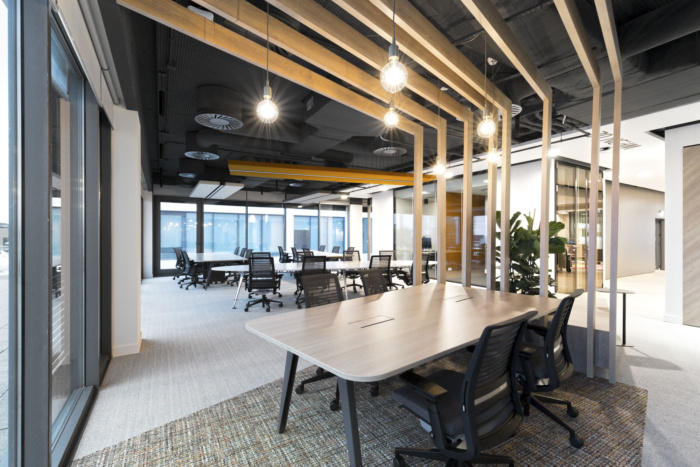 Microsoft office in Lisbon is located in an emblematic building from Parque das Nacoes neighborhood. The office was renovated by Vero Mais with a project created by Openbook Architecture. This office is considered one of the most spacious Microsoft has, as it provides more than enough room for human and technology interaction.

The building has 4 floors and is all designed in the traditional colors and style of Portuguese interior architecture. More surprising is the big number of workstations - 500 more precisely, and all of them create a well-defined environment for work in an informal mood.

The Lisbon office is also considered one of the newest locations Microsoft has in Europe as it was launched in 2019. The surface is above 66.000 sqft and has 105 meeting and collaboration rooms, phone booths, lounges and cafeterias. 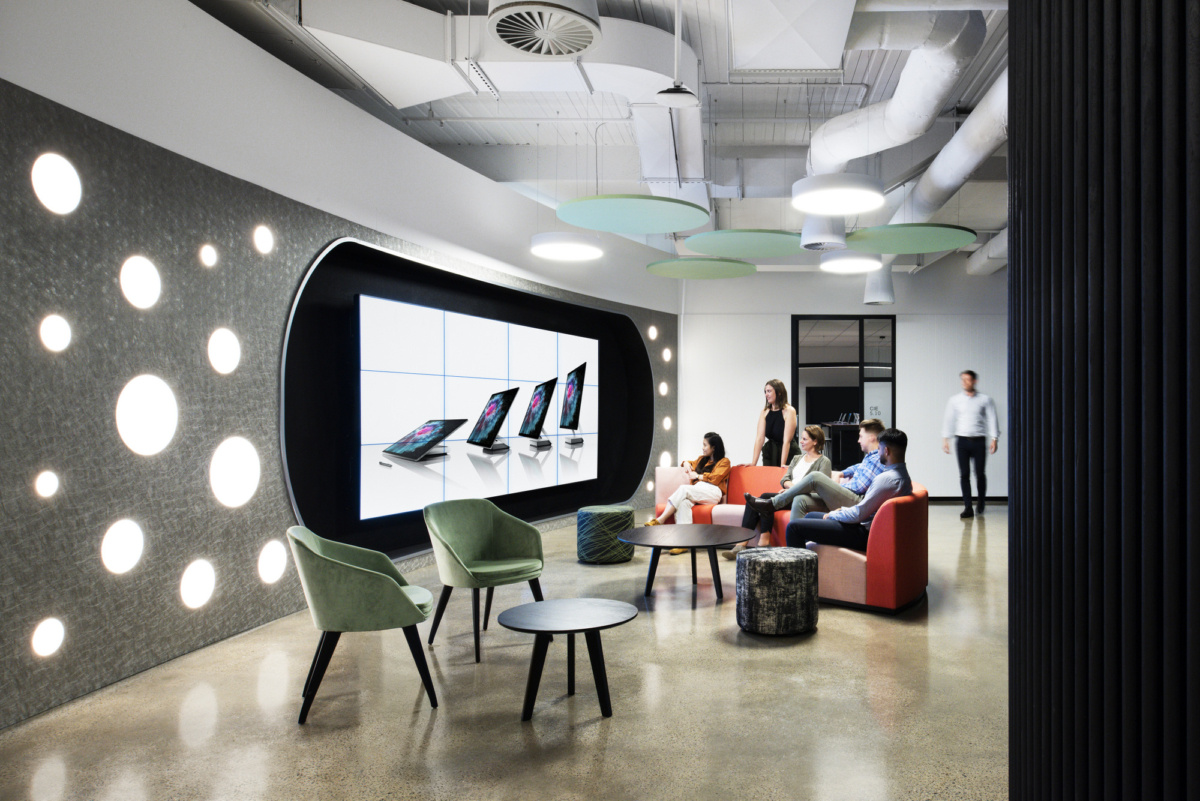 Compared to other offices, the one from Melbourne looks futuristic and technologically. It gives the solid vibe of a corporation - the one to cover all branches and topics Microsoft is involved in. The office is located in Freshwater Towers and has 3 levels covering a surface of over 32.000 sqft, and includes a Customer Experience Centre. Probably this is one of the reasons that stand behind the interior design identity of this office.

The colors chosen for the interior design are also neutral and don’t speak too much about culture, national identity or traditions - like in other countries, but instead, consolidate the standard tech giant presence inside. On the other hand, the Melbourne office inherited something from the sister offices - space. The office was designed to encourage human-technological interaction and left some more room between elements so that both employees and visitors could admire the whole creation 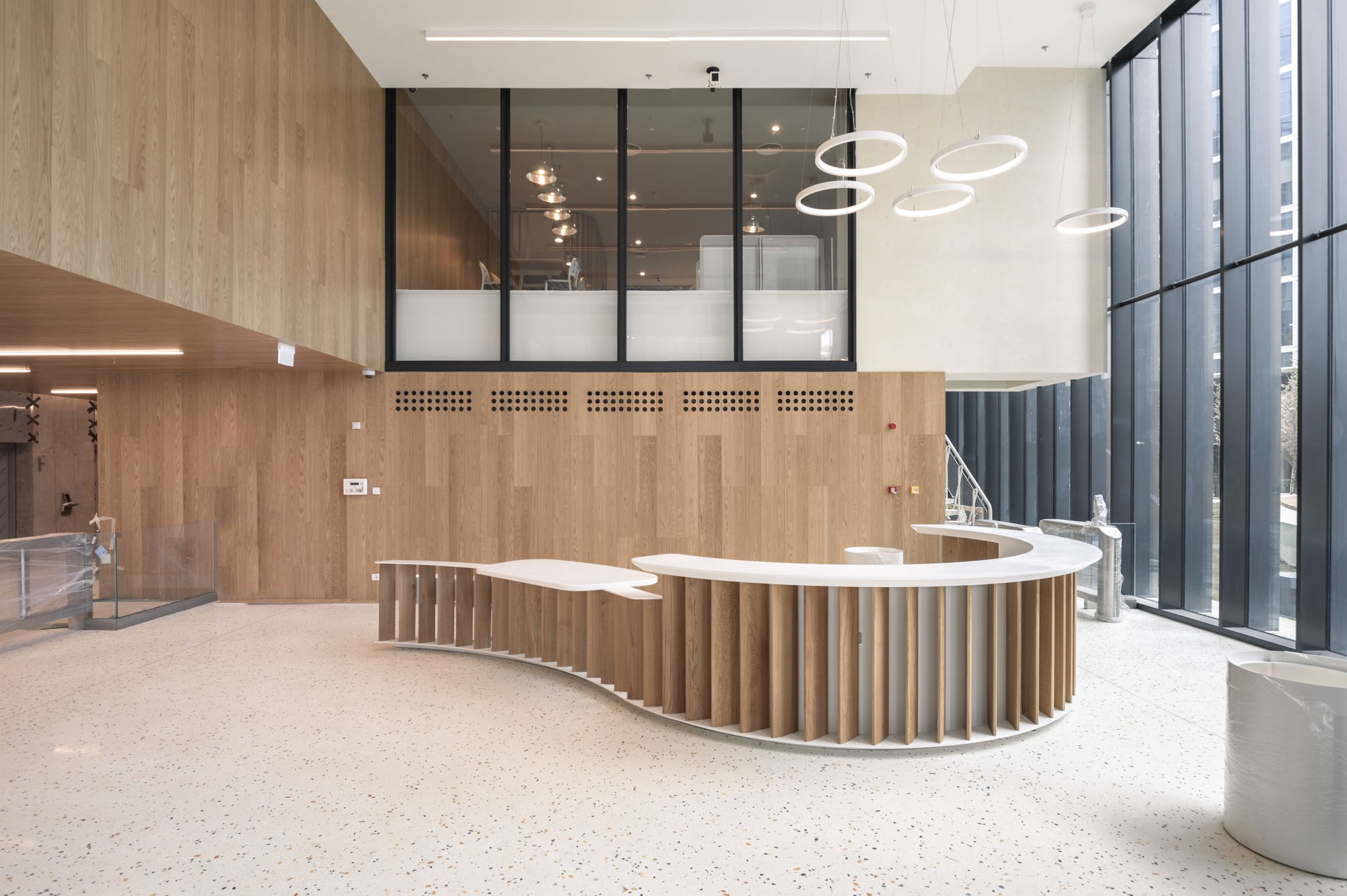 The interior design of the Bucharest office reminds very much of the local architecture of schools and universities in the area at the end of the ’90s.  The designer was inspired heavily by the local trends and used the same colors and style to integrate the office with the country’s identity.

Yet the improvement came thru the rounded and cornerless wood elements that soften the post-soviet design and adjust it to modern days.  Despite the references to an industrial past and a tech future, the place is warm and pleasant through the use of streamlined, friendly shapes, natural materials and pastel colors: natural veneers (pine, ash, oak), natural wool felt for acoustic absorbing elements, wood fiber ceiling treatments, cork acoustic walls. 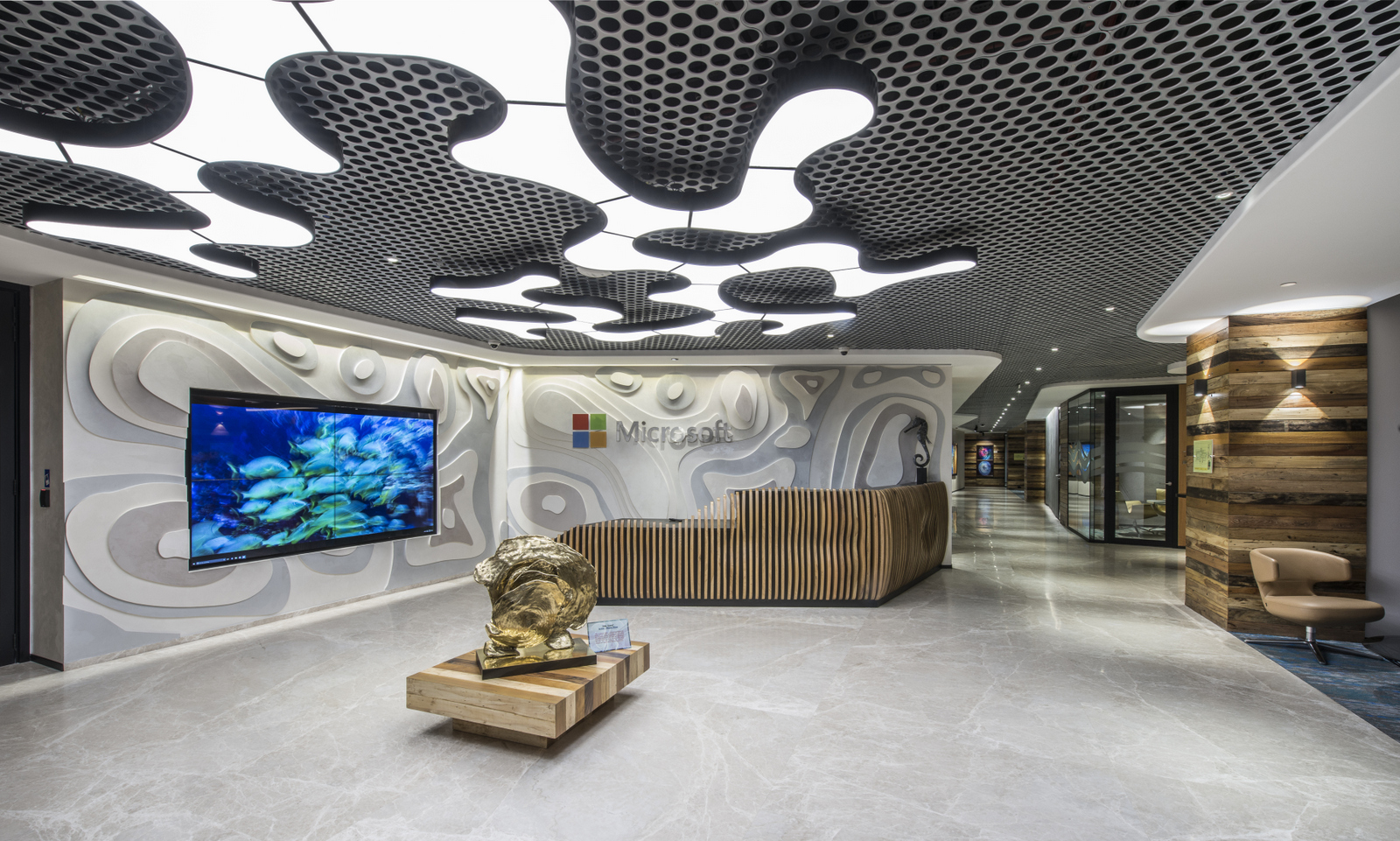 Despite being one of the oldest-designed buildings in the top 5 Microsoft offices around the world, the Mumbai nest consists of 3 important components: Culture, Colors, and Space. Not to mention that even in 2021 looks futuristic and cozy. Probably it feels the same too.

Microsoft Mumbai office derives its inspiration from the shapes of the oceans. Peculiar to the oceans is its naturally flowing power of access to new lands and newer discoveries; progress being the core of all its activity.

Compared to Google and Facebook offices, Microsoft’s top offices have a smaller surface but don’t create this feeling.

Does Microsoft have most stunning offices?