How Much Web Design Cost in Texas: Analyzing Hourly Rates in 4 Largest Cities

Texas has contributed to the American tech industry a lot in the past several years. Many tech giants such as Oracle or Tesla have moved into some of the largest cities of the state leaving behind California. Web Design Companies and Agencies also deserve special attention, as their number in Texas bloom. It may be because of the tax policies, or there could be some other reason behind it. But is web design more affordable in Texas? And if yes, in what city? That’s what we’ve also been trying to find out by breaking down the data into pieces.

The research is based on TechBehemoths data that pulls together 700+ web design companies and agencies across all Texas cities. And the first thing to do was to identify how much web designers in Texas charge per hour. 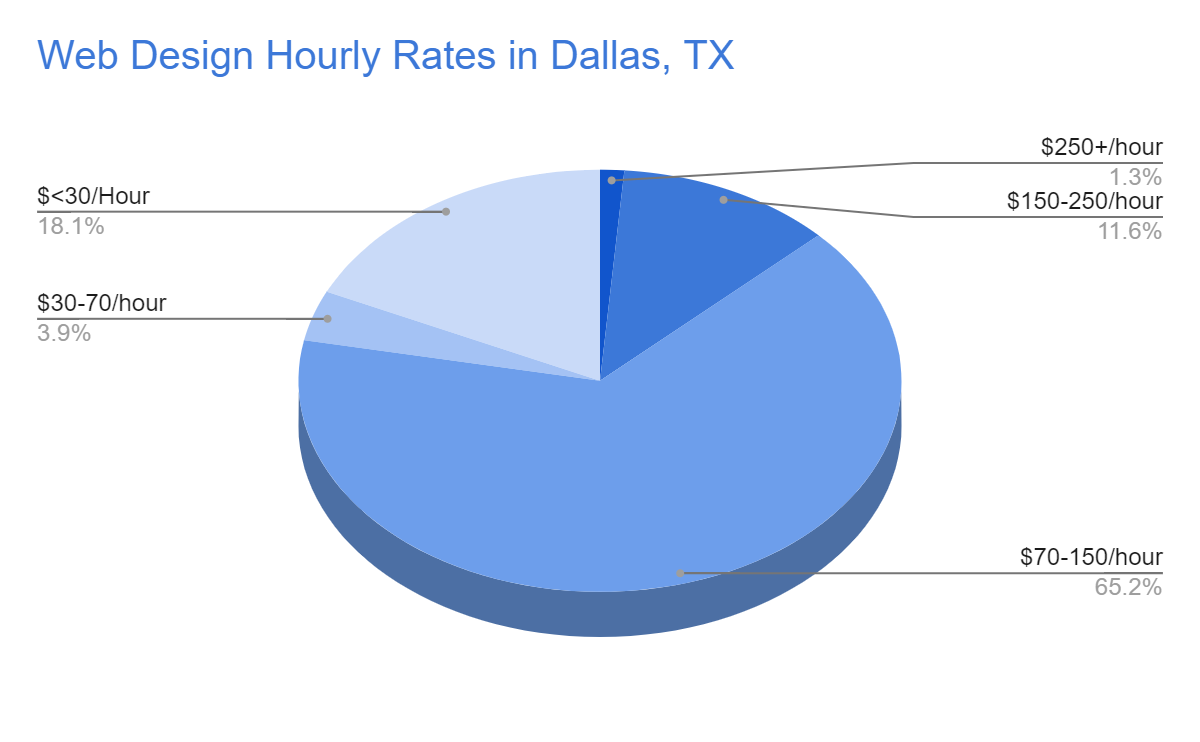 In Houston, TX there are 205 registered web design companies on TechBehemoths, which gave us more insights when collecting the data and also made it more precise. Just like in Dallas, the majority of companies from Houston charge between $75-150/hour before taxes - 56.1% of all companies. 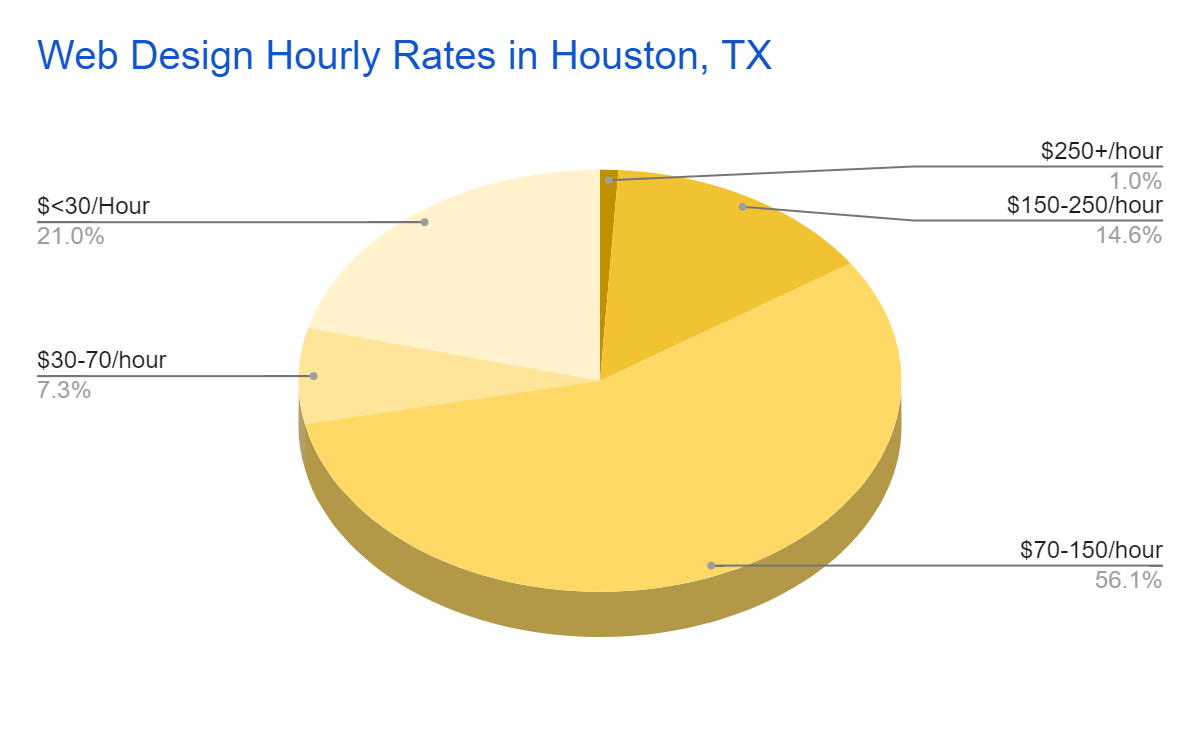 San Antonio is the second largest city in Texas, and the fourth largest by the number of registered companies on TechBehemoths compared to other cities in Texas. At the moment of research, there are 69 registered web design companies in San Antonio. The pool was enough to determine the price range that companies charge per hour for web design services. 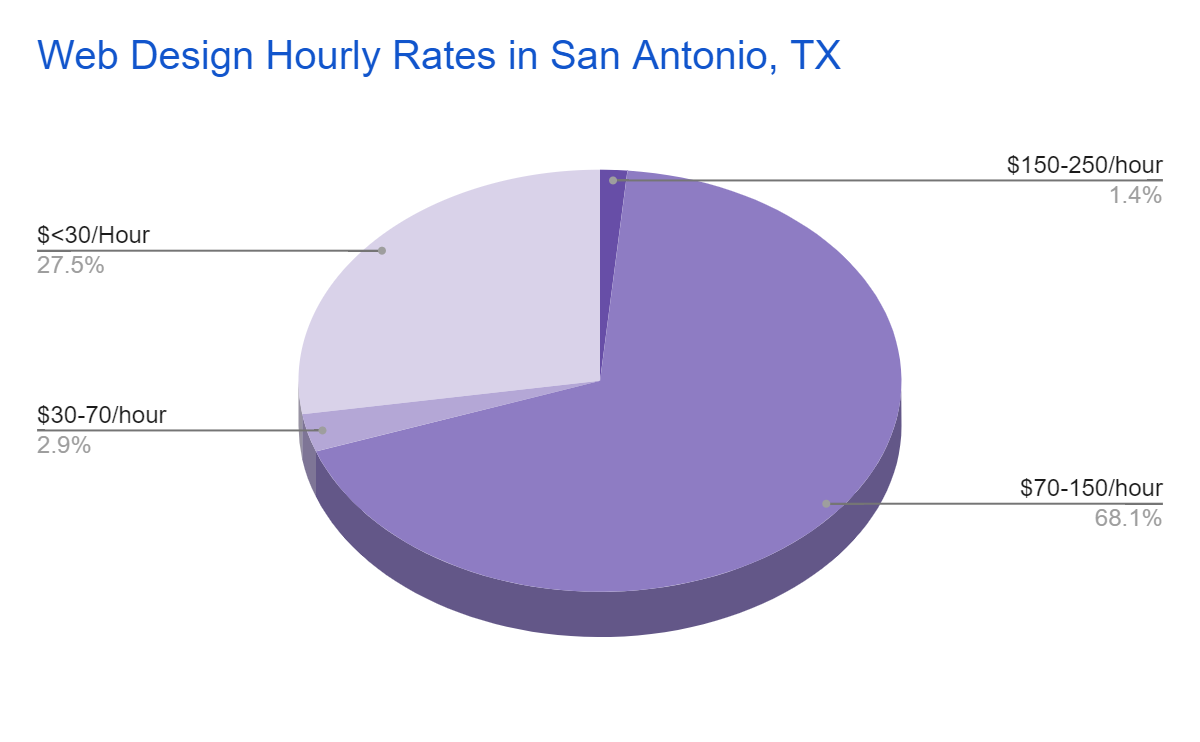 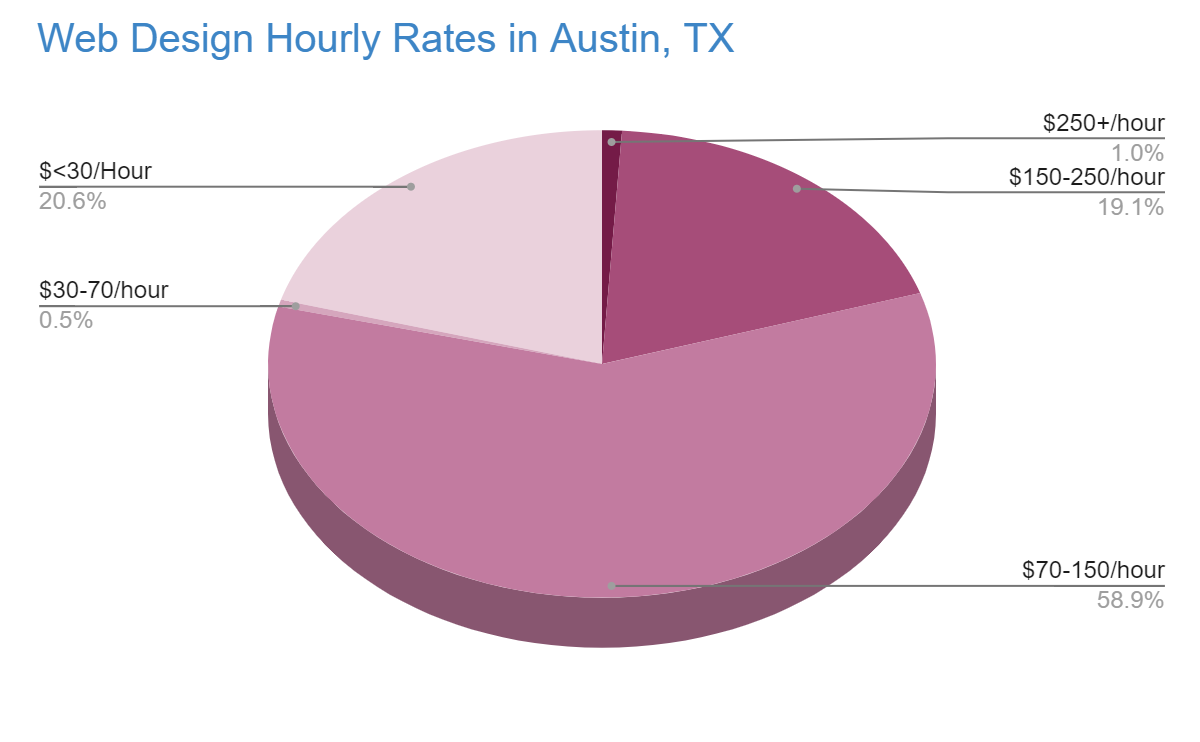 On average, a web design company in Austin charges $111 for their services, which makes the city $26 more expensive than San Antonio.

The research led us to the conclusion that Austin is by far the most expensive city for web design services in Texas. It may be because numerous tech giants moved exactly to Austin, and branded the location as the “new silicon valley”. Houston comes second most expensive city in terms of web design as it charges $103/hour on average and San Antonio ends being the cheapest location in Texas where you can find web design services. 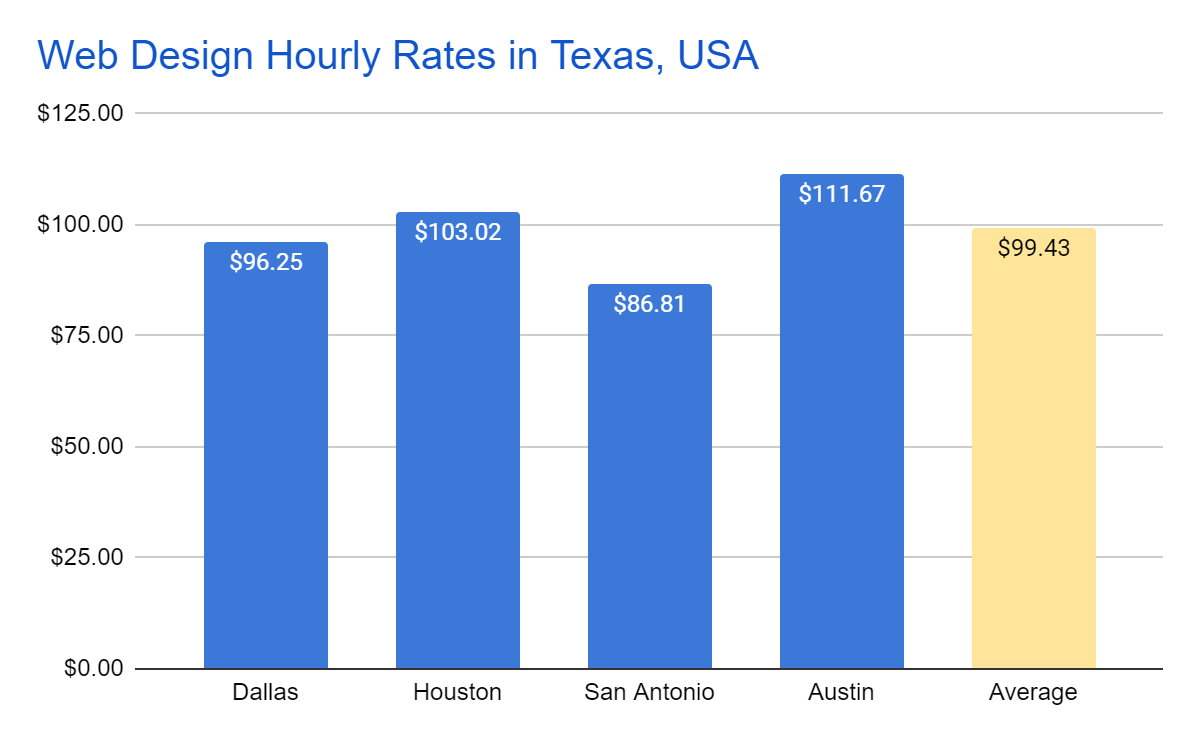 The average hourly rate web designers charge in Texas is $99.43.

Are hourly rates for web design lower where you live?

5 Tips for Improving Your Speed to Lead Response Time

Reputation Management Strategy - What is it and how to develop effectively?