San Francisco is one of the most crowded cities in the world and one of the most advanced from a  tech point of view. A large number of professionals engaged in the tech industry are Mobile App Developers.

How well are Mobile App developers paid in San Francisco and if it’s worth becoming one now is what we will figure out in this article.

During the research, we analyzed three top sources that update information about wages in this field on a monthly basis or even more often. These are:

Based on the gathered information from these sources we will figure out how much Mobile App Developers earn in San Francisco, CA.

While all three sources show different salaries mobile app developers earn in San Francisco, CA, we were able to identify the wage ranges on an average scale.

The difference between data shown by all three sources could be based on the before/after taxes salary. However, neither Indeed, Glassdoor nor Salary.com points to this information. 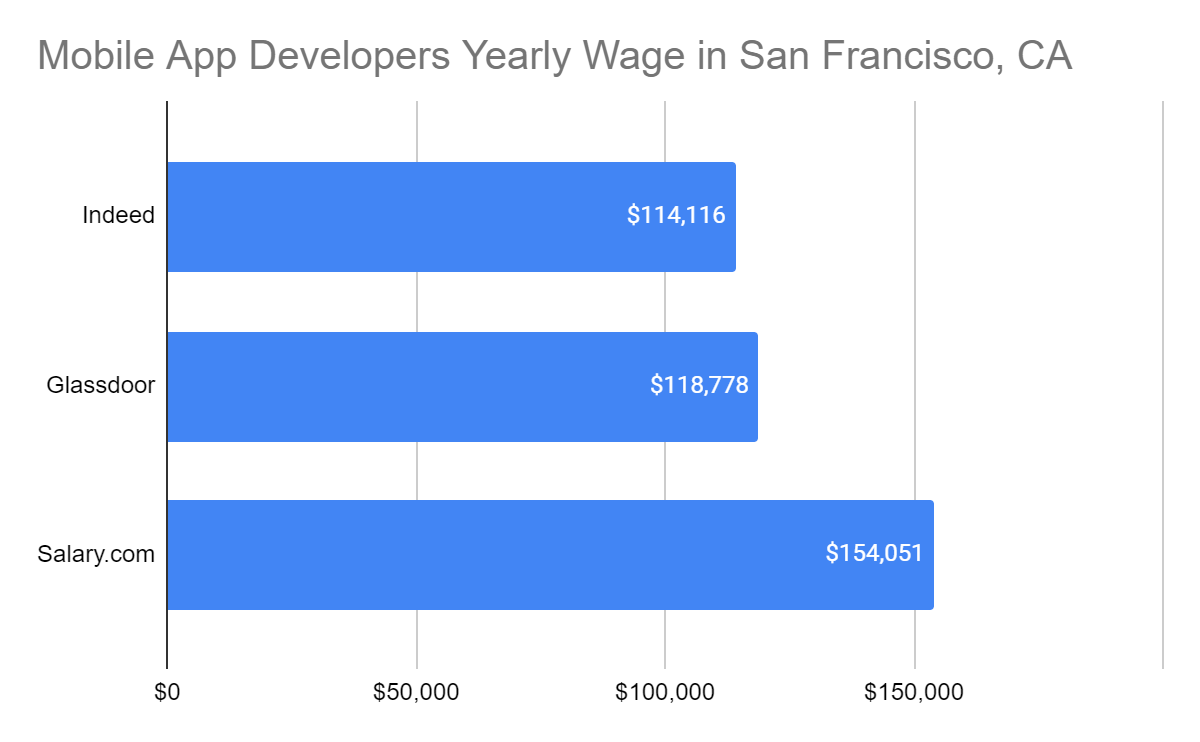 To provide a deeper understanding of how well mobile app developers earn in San Francisco, TechBehemoths also researched the minimum wage of these professionals. As not all mobile developers could expect from the very beginning a range of an average salary for their position, the minimum salary in this field is something the talent pool should take into consideration.

The data about the minimum salary of a mobile app developer in San Francisco according to the same three sources is as follows:

There’s also the other end of professionals that get the highest salaries as mobile developers. Usually, these are senior developers with 7+ years of experience in the field. So, how much do earn the best paid mobile app developers in San Francisco?

If in the case of the average and minimum salaries for mobile developers we had numbers between $75,000-$154,000 year, a top mobile developer from San Francisco can earn up to $185,000 yearly.

In this way, Indeed mentions that the top salary for a mobile developer in San Francisco is $182,000.

Glassdoor states the wage of $185,000/year for the same type and level of professionals while Salary.com is somewhere in the middle with $184,000/year. 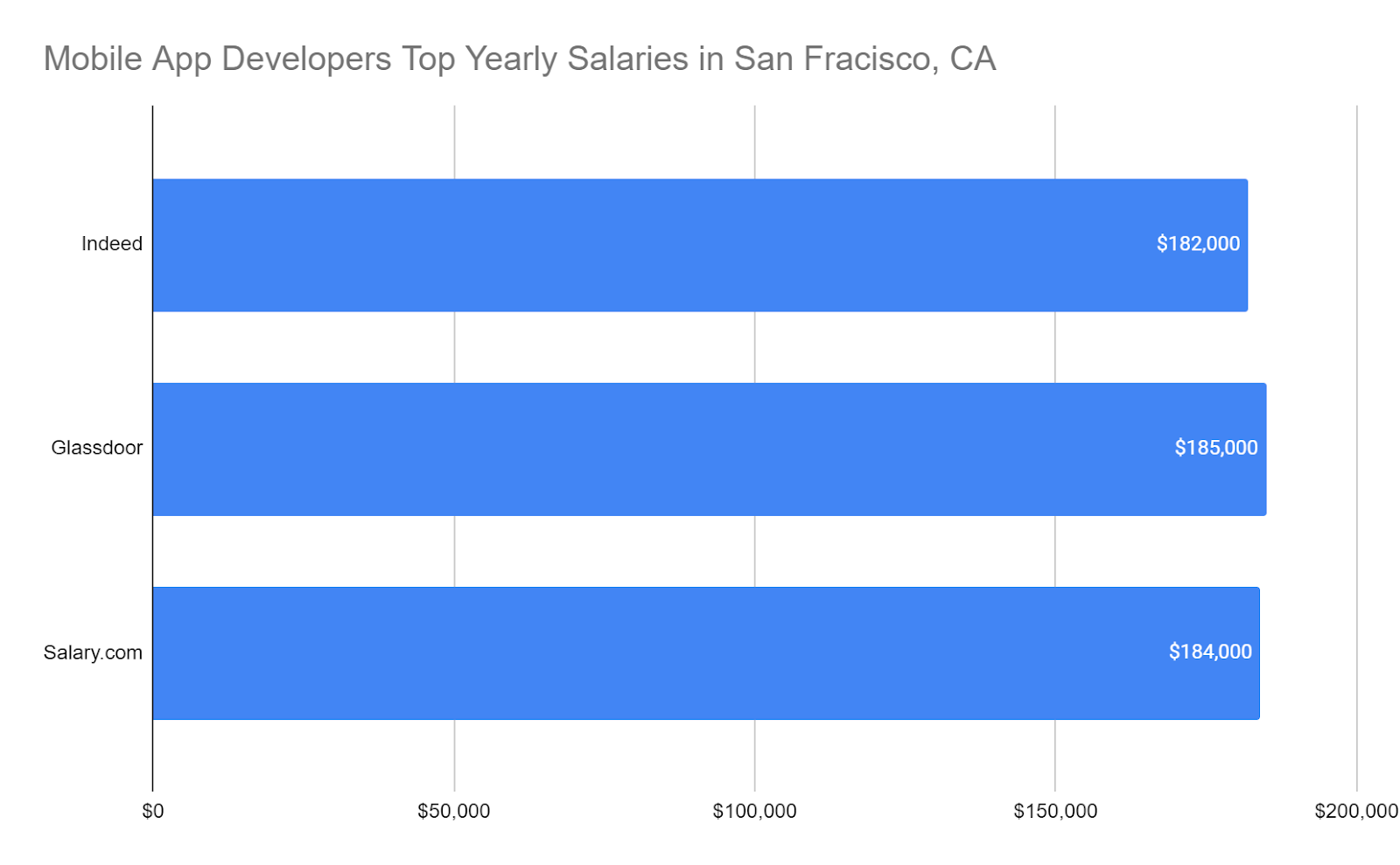 While we have researched and displayed in this article the minimum, average, and top wages for mobile app developers in San Francisco, the differences between data provided by all three sources demand a more precise range for each of the indicators.

While calculating the average data between all these sources we concluded that a mobile app developer in San Francisco earns as follows: 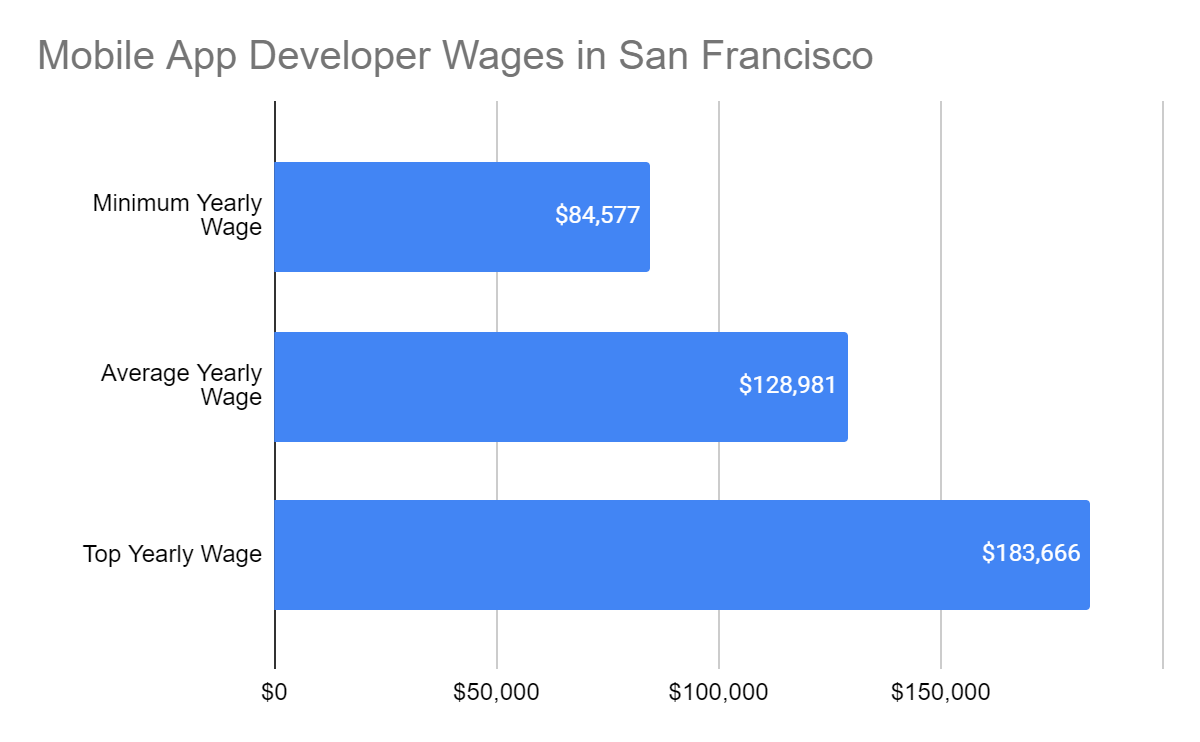